Conference: How can we fight hate and discrimination

Thank you very much to Norwegian Prime Minister Erna Solberg (H) who attended June 18th 2020 at the Literature House and opened the conference on how we can fight hate and discrimination? The conference was organized by Aamir Javed Sheikh, Head of the Peace Dialogue Foundation in collaboration with HE Dr. Muhammad bin Abdulkarim Al-Issa, Secretary General of the Muslim World League. The Muslim World League and the Dialogue for Peace Foundation have long worked on building bridges between different cultures and religions, and we see that the need to continue this work is more important than ever. We are committed to having zero tolerance for hate and discrimination in Norway and the world. 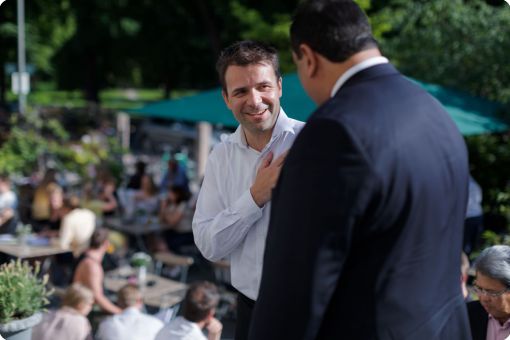 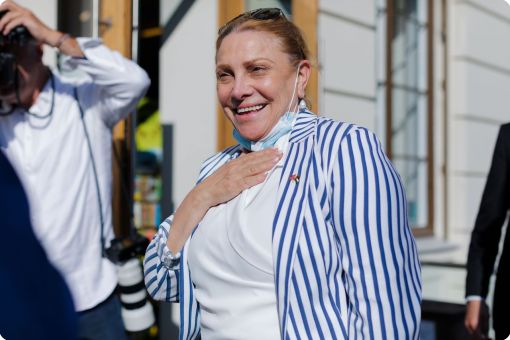 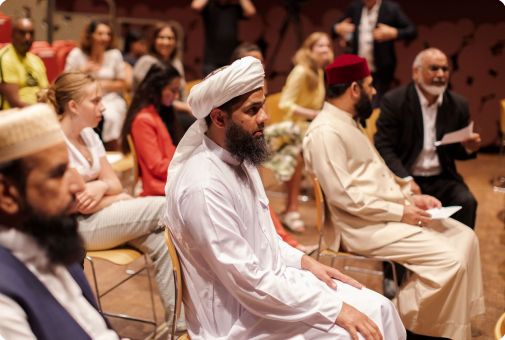 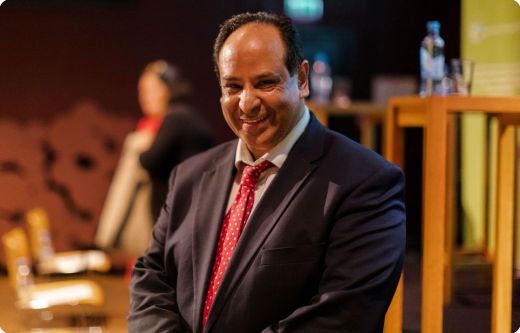 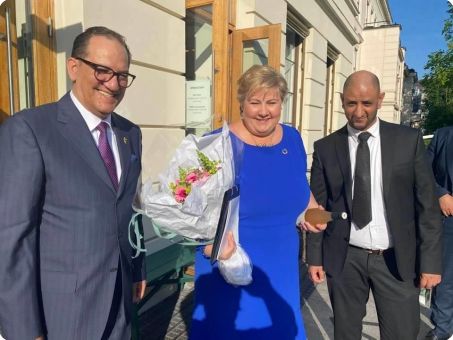 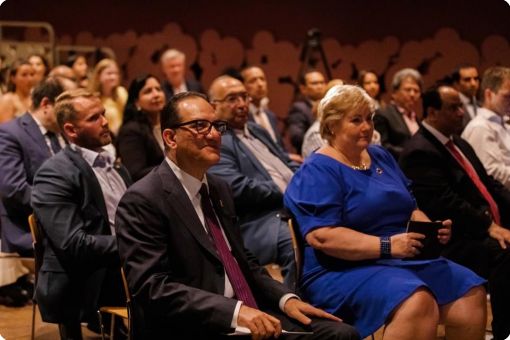 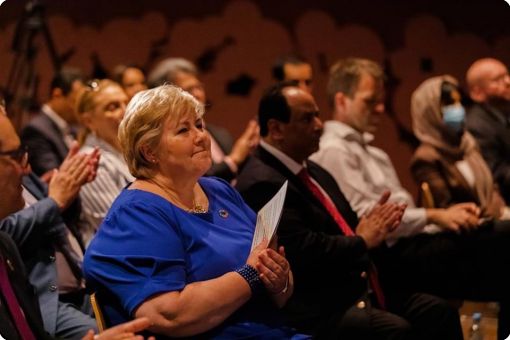 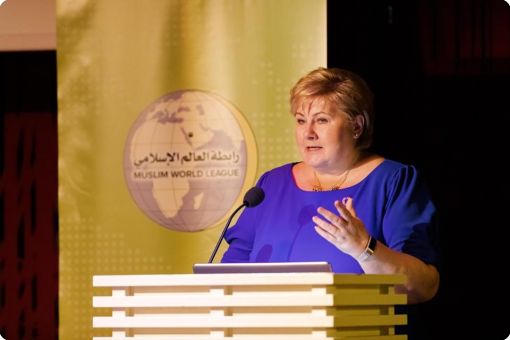 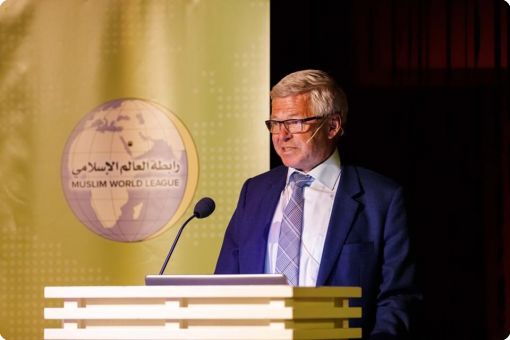 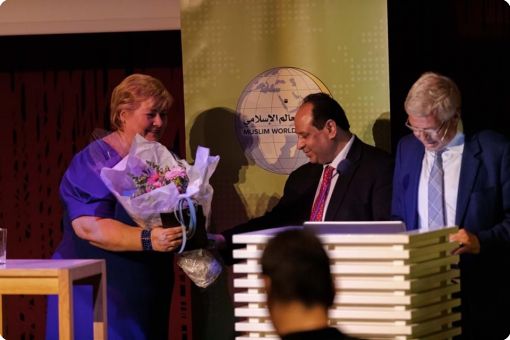 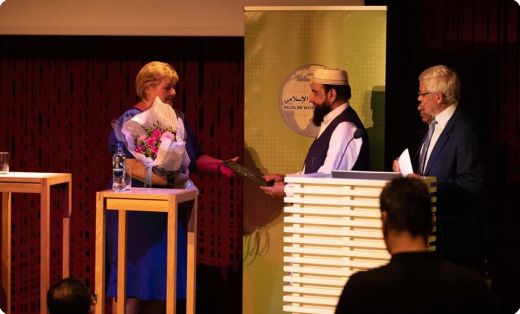 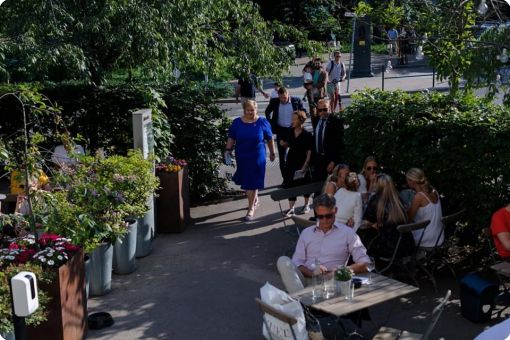 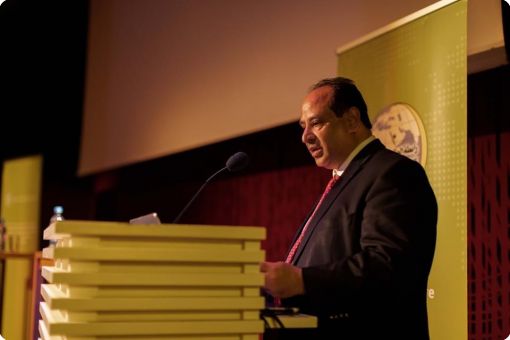 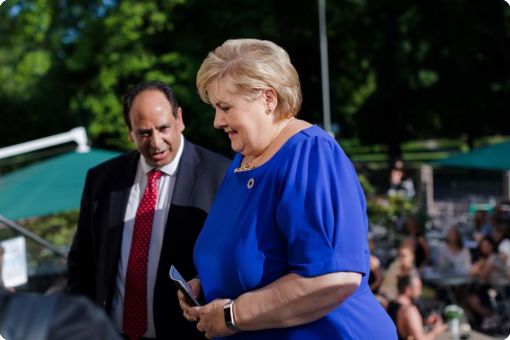 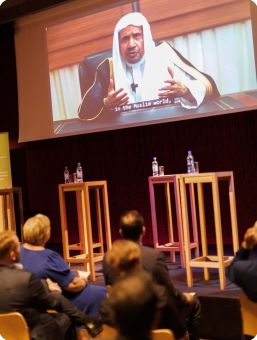 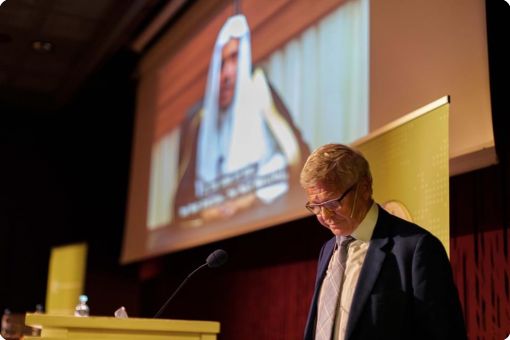 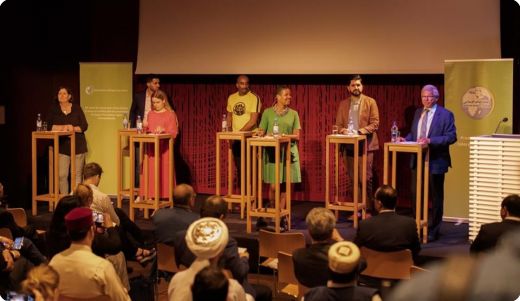 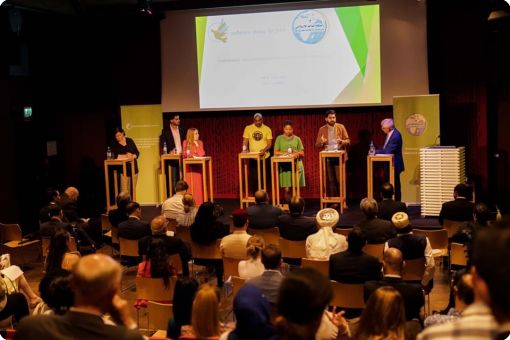 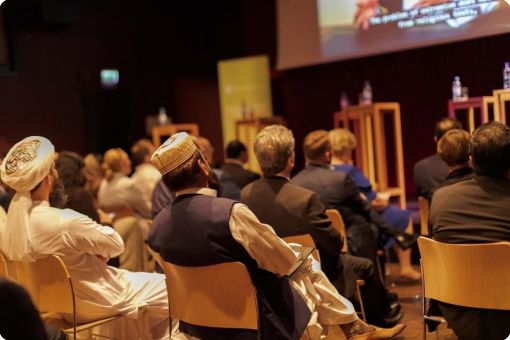 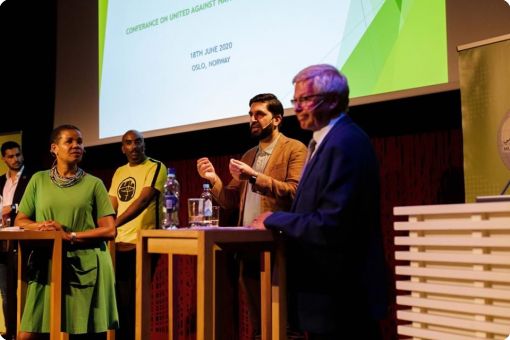 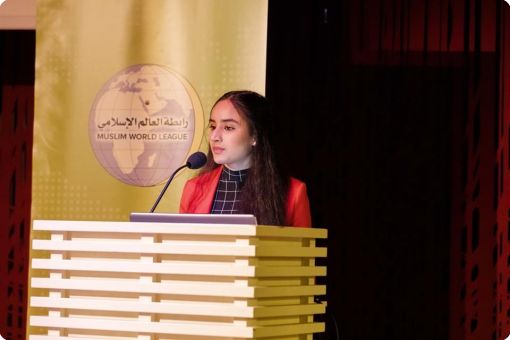 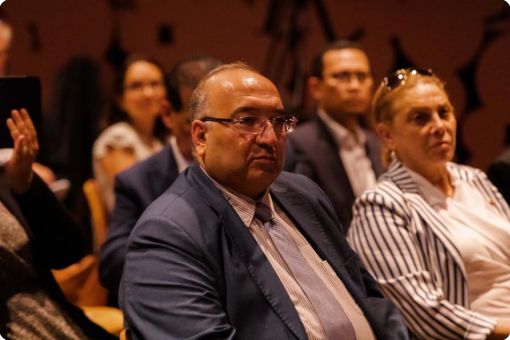 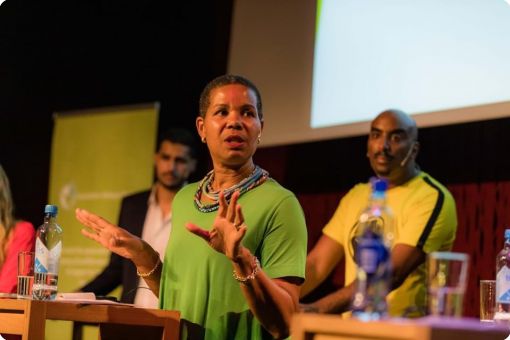 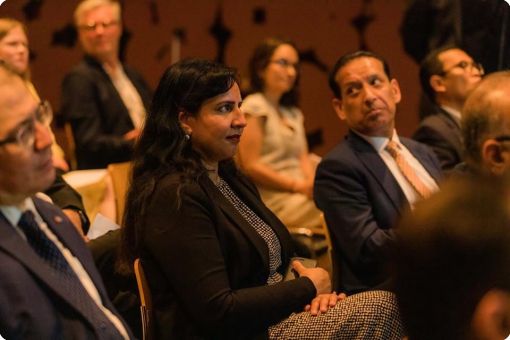 We believe it is important to strengthen the knowledge of different religions and cultures. Knowledge is the best protection against discrimination and racism. We must take our share of the responsibility for creating an inclusive society where extremism cannot grow. The entire community must help to include children, young people and adults to avoid prejudice, and instead build a society that is inclusive and positive for multicultural Norway and, not least, the world. A thousand thanks to all the panelists: Manuela Ramin-Osmundsen, director of work and inclusion in the municipality of Drammen and Norway's former Minister for Children and Equality, Ingrid Rosendorf Joys, Secretary General, Cooperation Council for Religious and Life-Visiting Communities, Javad Mushtaq, Head of Global Shapers Oslo, The World Economic Forum, Linda Noor, Managing Director of Minotenk Josef Yohannes, author and artist, and Dr. Usman Rana, physician and community advocate. Former Norwegian Prime Minister Kjell Magne Bondevik (KrF) conducted the conference and dialogue talks with panelists in a dignified manner. The following topics were discussed during the conference: The United States incident with George Floyd Hatretorikk Abuse of religion Ethnic discrimination and female discrimination Combating extremism and hatred of religions Arina Aamir Sheikh, a member of the Youth Council in Oslo, gave a committed speech on how to fight hate and discrimination. We also congratulated the Prime Minister on Norway's place in the UN Security Council. Prime Minister Erna Solberg (H) believes that Norwegians need to become more aware of how small drips of racism and discrimination in daily life break people down and will have zero tolerance of bullying, hatred and discrimination.

During the conference, a letter was also presented to Norwegian Prime Minister Erna Solberg (H) by Imam Nemat Ali Shah, leader of the Imam Council of Norway representing about 200,000 Norwegian-Muslims in Norway. Quote from the letter handed to the Prime Minister by Imam Council Norway: - On behalf of the Norwegian Imam Council, we are very concerned that the development of hatred and discrimination against Muslims in Norway is increasing sharply. Just under half of the Norwegian population is skeptical of people with Muslim faith. It shows the nationwide survey, the Integration Barometer 2020 conducted by Aftenposten on June 11, 2020. We see that groups that increasingly spread hatred and xenophobia against Muslims in Norway are increasingly being formed by burning the Qur'an and spreading misinformation. We strongly condemn this! We urge Norwegian Prime Minister Erna Solberg (H) to ring around all world religions and give the congregation protection against future acts of terror and at the same time strike hard on those who spread hatred, discrimination and xenophobia against all world religions in Norwegian society. Quote end. We would also like to thank embassies in Norway for their participation in the conference: USA, Saudi Arabia, Turkey, Palestine, Indonesia, Pakistan, Egypt, Emirates, Bosnia and HerzegovinaI as well as participants from religious leaders, youth, associations and community-committed personalities. Let's all work even closer together to create peace in the world!
See all our Peace Events >>
Contact us